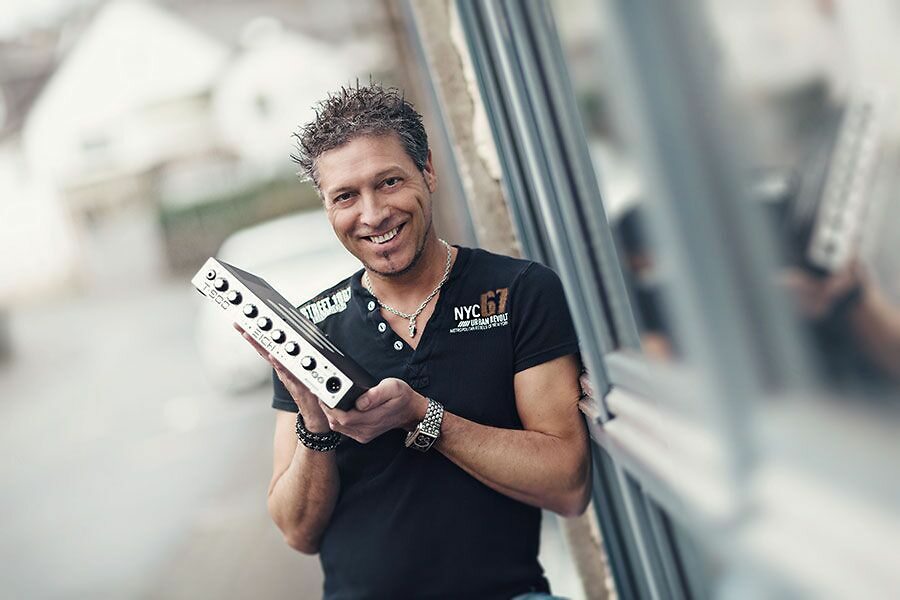 The face behind EICH

Thomas Eich built his first loudspeakers for customer orders at the tender age of 13. This laid the basis for his successful owner-managed company. As a bassist with heart and soul himself, Thomas set out to search for the perfect tone and began to turn his own thoughts to audio transmission. No sooner said than done: without further ado he simply made his loudspeakers himself. Only a short while later, he started producing amplifiers.

The constant search for and implementation of new ideas quickly earned him and his products due respect. Within a few years his brand recognition grew to also include international terrain. Thomas has exhibited at the Frankfurt Musikmesse since 1986 and he has also been an exhibiter at the NAMM Show in Los Angeles since 1992. In 2011 he received a NAMM Association Milestone Award as the youngest company owner to celebrate their company's 25 year anniversary.

His passion for music has again and again led him to achieve his highest goal: to authentically and perfectly put the bass in the limelight in all its facets.